YouNet Company  YouNet Blogs  Could building your own social network be worth more than your business?

Could building your own social network be worth more than your business?

This is already a unique sector in the way that marketing has evolved. It is also a powerful demonstration of the future of marketing for all of our businesses.

Already it is widely acknowledged that TripAdvisor c 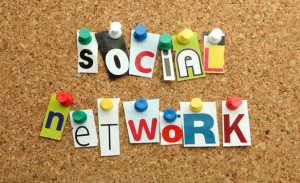 an have a significant impact on the success of hotels and this is also now influencing the restaurant and other sectors. If you feature highly on TripAdvisor, Yelp and other digital reputation directories, all well and good, but what do you do when your ratings drop and your recommendations, valid or not, turn ugly?

I’m afraid the answer may be not a lot, unless you invest in a new strategy to rebuild them. Even then there are no guarantees.

This is because without realising, you may have handed over control of your brand to the social networks and reputation directories. Where once they were your best source of visitors, customers and bookings, now they may be your worst enemy.

So is there an alternative?

As we mentioned, if we just use social networks for marketing, to an extent, we are handing over control of our brand to the network. Similar to the personal side of social networks, most people think that they are free to use and therefore a cheap alternative to marketing, but this may just be a trojan horse.

Once you have de-constructed your traditional data, digital and advertising channels, you lose the ability to drive and control your own marketing. Instead you become dependent solely on the network for your leads and eventually, they will want to charge you for the privilege.

So how can you take control of social networks?

One idea we have been exploring is to simply build your own social network.

I know, this sounds like a very expensive idea but realistically, it doesn’t actually need to be. A social network doesn’t have to have 500 million members, in fact it just needs to have your customers and prospects. Depending on your business, this could be just a few hundred people.

Think of it this way.

Imagine you have a blog on your website which your customers and prospects can use to engage with you and your team. You can connect people back to the larger social networks to enable sharing and use their networks to market your business. In essence a blog with a subscription button, is a basic social network.

If you want to go a stage further, the technology is now available to even build your own social network, including logins, threads, connections and so on, with minimal investment. We always thought that this would happen eventually – in fact, it was one of our predictions back in 2008, and it now looks like it is happening.

Could building my own social network have a value as an asset?

Another point to consider is whether having your own social network could be worth something in it’s own right.

The answer is definitely yes and it may be incredibly valuable.

In fact, we already know this from real world examples. Inadvertently or not, Martin Lewis built his own social network, called Money Saving Expert. The premise of the network was to provide a platform for people to share their own experiences in saving money and equally spending it wisely. Martin also added good independent advice, supported by his role as a well known financial journalist.

This became a self moderating network and naturally became an online lead generation platform when people clicked to visit the products which were recommended. Recently, Martin sold his social network for £87 million.

Although you or he may not have realised that in a marketing context, this is effectively the same as Facebook, Twitter or Linkedin. It is a place where people can share information and experiences to generate recommendations and referrals. Martin could have use a Linkedin Group or a Facebook Group to share that information just as effectively, but have a guess how much that would be worth to him right now.